I went home to Greeneville TN for Fall Break. It was wonderful to see the mountains again. 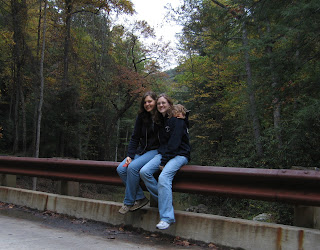 Margie and I had a wonderful break and the following pictures show some of our home-made edible masterpieces we made in our spare time. 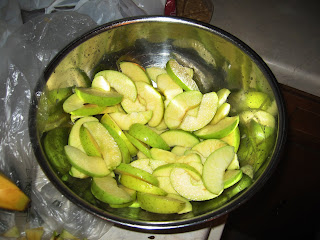 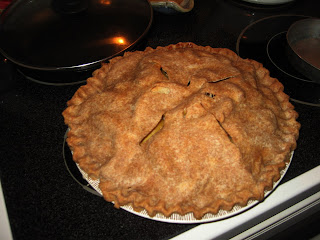 ...A most delicious pie! 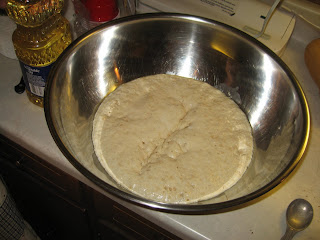 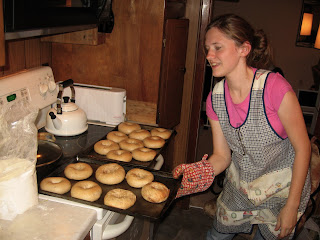 ...those wonderful looking bagels! I had never made any before. Margie was a good teacher and I had a blast boiling them! :)
Posted by Heather at 9:53 AM 7 comments:

If ye then be risen with Christ, seek those things which are above, where Christ sitteth on the right hand of God.

Set your affection on things above, not on things on the earth.

For ye are dead, and your life is hid with Christ in God.

This verse means so much to me. Think about what it means to you.
Posted by Heather at 10:15 AM No comments: 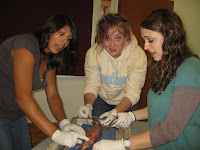 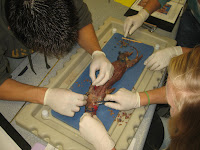 Dissecting has never been my first love. My first experience back in 8th grade of slicing and diceing a frog saturated in fowl smelling "apple juice looking stuff" convinced me I never wanted to do anything like that ever again! Little did I know...I'm glad I couldn't see the many well-preserved dead animals that awaited me in the future. In the years that have passed since then I have had the privilege of dissecting sheep kidneys, cow eyes, fetal pigs and many other parts of dead animals. Thankfully it has gotten a little easier for me to stomach.
For those who don't know I work as a Teacher's Assistant in an A&P I Lab. It is a very fun job! I never tire of answering question (or telling them I don't have a clue :) and seeing the look of recognition on their face when they finally understand. Well, in this past week's Lab the students were learning about muscles. Enter the Minks. Because of recent protests against the use of cats for dissecting purposes minks have become the replacement. Lucky kitties...poor minks.
The students main task was to find and label muscles on the minks. No easy task I'll assure you. As I circulated among the groups of poor "gross-out" students I learned a few things. First I discovered that mink muscle are very different from human muscle - big shocker I know. Second I learned that it doesn't take much to break a minks legs. While attempting to spread one minks arms apart in order to make dissecting his pectoralis major muscle a bit easier his little arm went "SNAP"! This is when I discovered something else - the sound of breaking bones really freaks students out! Although I apologized profusely I still think they were scarred for life, poor people.
Over-all, it was a good experience and everyone gained something. I have a greater appreciation for a minks muscle structure and the students have some fun A&P horror stories to tell.
Posted by Heather at 3:20 PM 2 comments:

There isn't much contentment in this world. People are forever trying to change their looks, find the more exciting job or get enough money to buy the latest and greatest new product or fashion. They are never satisfied...always grasping.

Never be satified...seek to grow.


"You will ask me, are you satisfied? Have you got all you want?
God forbid. With the deepest feeling of my soul I can say that I am satisfied with Jesus now; but there is also the consciousness of how much fuller the revelation can be of the exceeding abundance of His grace. Let us never hesitate to say, this is only the beginning."

Andrew Murray - scottish missonary to South Africa
Posted by Heather at 5:11 AM 1 comment: